Louisville, Jefferson County, Kentucky: The Waverly Hills Sanatorium is a five story historical monument estimated around 800,000sf and well known for its historical past as a hospital to accommodate tuberculosis patients and is also deemed as the most scariest place on earth.

With its horrifying historical past, the Waverly Hills Sanatorium has been popularized on paranormal television as being one of the most haunted places on earth. The Waverly is visited by Paranormal Investigators on a daily basis.

It opened in 1910 as a two-story hospital.  In the early 1900s, Jefferson County was ravaged by an outbreak of tuberculosis (the “White Plague”) which prompted the construction of a new hospital. A five story building was constructed and considered one of the most modern and well equipped facilities at the time. The Waverly was closed in 1962 when the discovery of an antibiotic that successfully treated and cured TB.

In 1962, the building reopened as WoodHaven Medical Services and was closed by the state in the 1980s allegedly due to overcrowding, under staffed and patient neglect, rumored as an insane asylum.

In 2001 the Waverly Hills Sanatorium was purchased by Charlie and Tina Mattingly. Charlie and Tina have devoted their lives to restoring Waverly Hills. Plans have been developed to convert the massive sanatorium into a hotel which will host to the haunted hotel crowd as well as hotel patrons. In addition, the Mattingly’s purchased an additional 100 acres of property that will be used for a none prophet organization for children.

Taking on a project of this size, Charlie and Tina Mattingly knew insulation was to play a major role in restoring the Waverly. Charlie had repeatedly tried to contact spray foam insulation contractors to obtain bids for the insulation work to be done. When Charlie finally got some returned calls, he told the contractors to look at the project and give him a reasonable bid and would award the project on the spot. The contractors never showed.

Charlie wanted a small reliable machine that he could move throughout the Waverly yet maintain the production capability to handle a project of this size allowing him to spray foam sections as the project progresses. The PH-20 hydraulic spray foam machine from PMC was the perfect solution. In Addison, Charlie knew that safety and spray foam training would play a vital role in successfully restoring the Waverly.

“Dave Penta” Charlie and his crew defiantly learned and possess the necessary skills to install a successful spray foam project. The guys paid attention to the details and showed their ability to adapt quickly to the insulation process. Right out of the box they were installing a quality and aesthetically pleasing profile. The spray foam of choice for the Waverly project was Gaco Westerns 2lb closed cell due to its proven performance and well known for being a user friendly sprayability product. 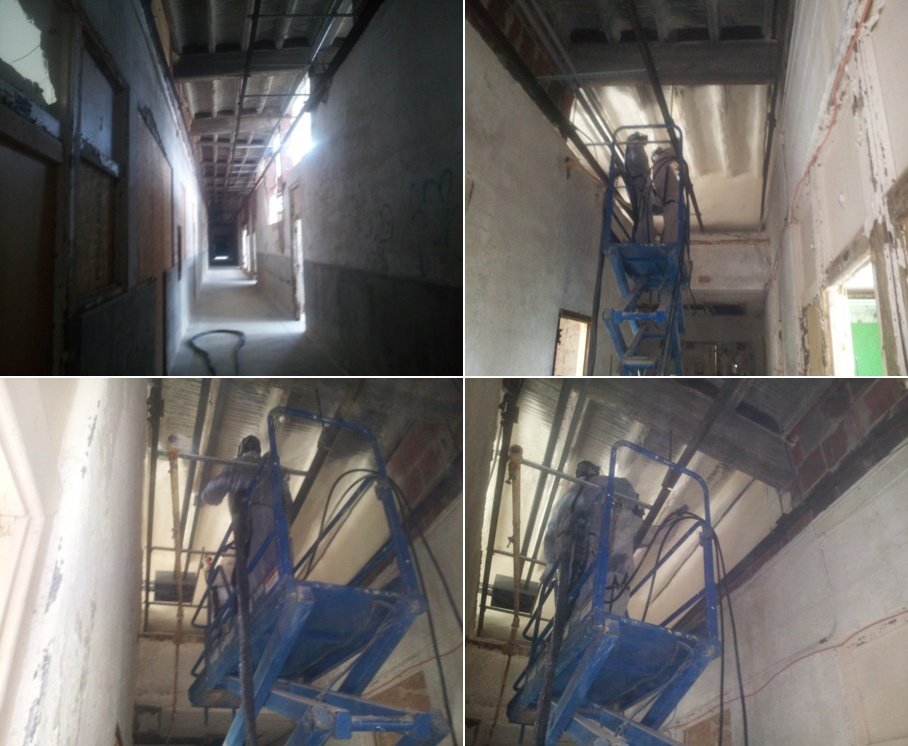 Dave Penta is the VP of Sales at SprayWorks Equipment Group. For the past 30+ years, Dave has worked with multiple industries including; commercial and residential buildings, along with spray foam and coatings systems.

SprayWorks is a wonderful company made up of friendly, knowledgeable people that always puts the customer first.
~Jesse A.
From the moment I began working with them, they have provided incredible customer service. The people, process and product have been absolutely top notch!
~Austin C.
Request a Quote 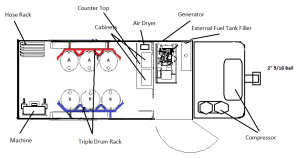 Talk to our experts